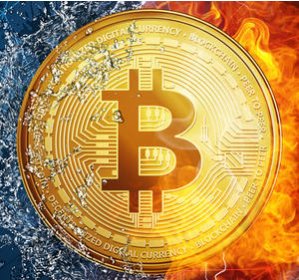 What is Bitcoin (BTC)

Bitcoin is a cryptocurrency and worldwide payment system.

It is the first decentralized digital currency, no one control it and also without any central bank and administrator.  Bitcoin doesn't have a printout, it uses like the normal dollar, it can increase business, computer all around the world, using software that solves the mathematical problem.

How do Bitcoins work?

Bitcoin can be minted by the public in anywhere who has a powerful computer.  Bitcoin is made by a fascinating self-limiting system called cryptocurrency mining and the people who mine these coins are called miners. It has self-limit because only 21 million total bitcoins will ever be allowed to exist, now approximately 11 million of bitcoins already mined and in a current cycle.

Bitcoin is traded from one personal “wallet” to another

A wallet is just like a personal database that stores on the computer drive, on smartphone, tablet or in the cloud.

Most of the online transaction is made via credit card or debit card. In the moment, online forms require you to enter all secret information, for example, credit card number, expiry date, and CSV number into the web form. In this case, people will think of weak of a secure way to do online business. When using bitcoin, its don't require you any information about the transaction. Instead, the two keys: a public key, and a private one. That public key is allowed to let everyone to see, but the private key is secret. When sending a bitcoin, approve the transaction by combining the public and private key together, and applying a mathematical function. The creates a certificate that proves the transaction came from you. If the private key doesn’t not publish to let other people know, the money is safe.

Using bitcoin payment is much easiest and quickest way to make a payment on the internet. When buying an item that requires shipping, Bitcoin doesn’t require people sent any personal information. Because Bitcoin doesn’t charge any service fee like a credit card, it’s sending like cash.

Bitcoin is not subject to inflation

The total number if Bitcoin is capped at 21 million, which is different than other currencies. As a total number of the dollar in circulation rises, this found inflation. Inflation is where the value of your dollar, for example, reduce over time due to an increased supply. Bitcoin, on the other hand, is scare and fungible, which giver its fascinating properties.

Below is a chart of the average price of bitcoin year over year. This is mostly due to the tangible that Bitcoin is still a relatively young and new currency. People are just starting to become to success, more people need to understand what it is and not let their preconceived notions distort the concept of digital currency.